See what people are saying about us. 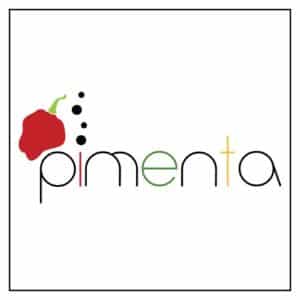 From Fredericksburg Economic Development and Tourism

In a few months, Fredericksburg’s Historic District could add another independently owned restaurant to its deliciously impressive portfolio — but this will be the first one that will be packing a Jamaican punch.

After years of watching his mom cook some of the most delectable and traditional Jamaican dishes imaginable — curried goat and rice and beans, jerk chicken, and ackee and codfish (the country’s national dish) — Ray Simmonds decided to refine his own skills and began cooking to emulate his mother’s expertise in the kitchen. Simmonds had grown up in Jamaica, moved to the U.S. at age 13 and come to Fredericksburg in 2003 to pursue career opportunities. He daily found himself preparing Jamaican cuisine while adding a personal twist to these traditional meals by incorporating his own unique style and flavor of cooking.

The result? A spectacular explosion of flavor that maintains the richness of the island’s most-popular dishes while fusing with some classic American ones.

Fast-forwarding to the present, Simmonds — acting on the overwhelming responses to his cooking from family and friends, in addition to numerous requests for his catering services — decided with the two women of his life (wife, Jacqueline, and daughter, Simone) — to open a family-style, dine-in Jamaican restaurant in downtown Fredericksburg called Pimenta.

Discovered in Jamaica during the voyages of Christopher Columbus, pimenta dioica, also known as allspice, is an essential ingredient in jerk seasoning, which is used extensively throughout the island in many dishes. Although pimenta is also a pepper (pimenta moida), the pepper that is used in most Jamaican meals is the scotch bonnet, also known as bonney peppers or Caribbean red peppers. This pepper and the allspice will be the hallmark of many dishes at Pimenta, hence the restaurant’s most-fitting name.

The restaurant is planned at 1108 Caroline Street, a location near the corner of Amelia Street that has previously been used for retail. The space is currently under construction, with local contractors Inside Out Construction and Fairfield and Sons Carpentry helping with the project. Simmonds hopes to have the work completed and the restaurant open by May. Fredericksburg’s Architectural Review Board approved the eatery’s proposed signs on Monday.

Pimenta is expected to seat 64 diners and will also include a bar to treat patrons to tropical-island and local beverages.

We send out emails with sales, coupons, and event information.  Join the party!  The more, the merrier.